Tips For Running An Effective Political Campaign Over the Phone

The republican and democratic campaigns are officially in the home stretch, with candidates making every concerted effort to sway the opinions of swing voters. At this point in the lengthy campaign trail, with the field narrowed down to just a few people, it’s a good time to sit back and marvel at how these politicians were able to reach the heights that they did.

All other things aside, it took money—and a lot of it—for these politicians to get where they are. According to the New York Times, for example, Hillary Clinton thus far has raised about $222 million. Bernie Sanders has raised $139.8 million. Ted Cruz is close behind, at $122 million, with Donald Trump coming in fourth at $36.5 million. John Kasich has brought in $34.1 million to date.

Also, none of these candidates would be where they are today without an effective dialing system in their contact centers.

Political fundraising, after all, comes down to two things: effectiveness and speed. Callers need to be able to reach as many voters as possible, in as short a time as possible. What’s more, they need to play by the rules; using robo-dialers to contact cell phones, for instance, is prohibited by the Telephone Consumer Protection Act of 1991 (TCPA) and could result in costly penalties.

For these reasons, the quality of a candidate’s predictive dialer—or automated outbound dialing system—can make or break an election. Predictive dialers offer the following benefits:

Fewer wait times: Predictive dialers, like Bright Pattern’s solution, dial callers before agents pick up the phone, and connect agents to live callers only. It eliminates the process of agents waiting on the line for a voter to pick up the phone, only to receive an answering machine or a hang-up.

Updated call registries: An effective predictive dialer system has access to databases that constantly refresh to ensure that contact centers are contacting the right numbers. Telephone numbers are continually ported by telecommunications carriers, so it’s vital to have the right information before placing a call.

Real-time hot listing: Another solution that an effective predictive dialer offers is real-time hot-listing, which pools data to recognize higher-priority contacts and push them to the top of the predictive dialer list. For example, this could include voters in key neighborhoods, or specific audiences correlated with live debates. For instance, if a politician is currently speaking to working-class Americans, the predictive dialer could target people in a specific income bracket and call them during a commercial. 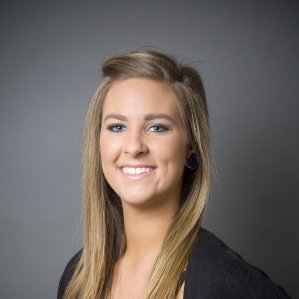 As the Marketing Manager at Bright Pattern, my main goal is to increase awareness on the growing benefits of cloud-based technologies in the contact center industry.