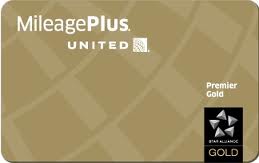 I was sitting in the airport in Rome waiting for my flight to Frankfurt (where I would change planes to San Francisco). My Rome-to-Frankfurt flight was delayed, initially for 30 minutes and then for 2 hours. It was obvious that I was not going to make my connection and that I would miss my flight from Frankfurt to SFO.

I called United to see if there were any later flights that I could switch to. I also wanted to let them know that I would miss the connection so that they could open up the seat.

I called the number on the back of my United MileagePlus card and entered my account number. Their IVR system identified me and did recognize that I had connecting flights from Rome to SFO (hooray for CTI). But…there were no options in the IVR to tell them that I was going to miss my connection, so I requested to speak with a United representative. Of course, I was put on hold.

I was Premier 1K, so I should have been at the top of the queue. But maybe because it was late night in the US, after about 10 minutes on hold I started to worry about my battery life and roaming charges. I was afraid that the roaming charges could exceed hotel charges and rebooking fees, and that they would not be reimbursed by the airline. So I hung up.

What sort of experience would have made me a more loyal flyer?

What if I could have sent an SMS with my request and waited for a response? Their system should be able to put together the following facts:

Based on that data, the system should be able to distribute my request to a representative with appropriate priority. (By the way, agents can easily handle multiple simultaneous SMS interactions, so even the night shift will be much more productive that they are on one-at-a-time phone calls).

What would I expect?

An acknowledgment that my SMS was received and was being addressed, and if needed a call or SMS from an agent with details of how my request was handled, in this case, my new flights, etc.
Travelling is never fun and travel glitches occur all too often. It is not always possible to “delight” your customers, but with effective & efficient service like described above, you can go a long way to retaining customers. I would also guess that a frequent business flyer who had a tough situation handled like this would tell the story to other business travelers, thus driving positive word-of-mouth and social media, too.